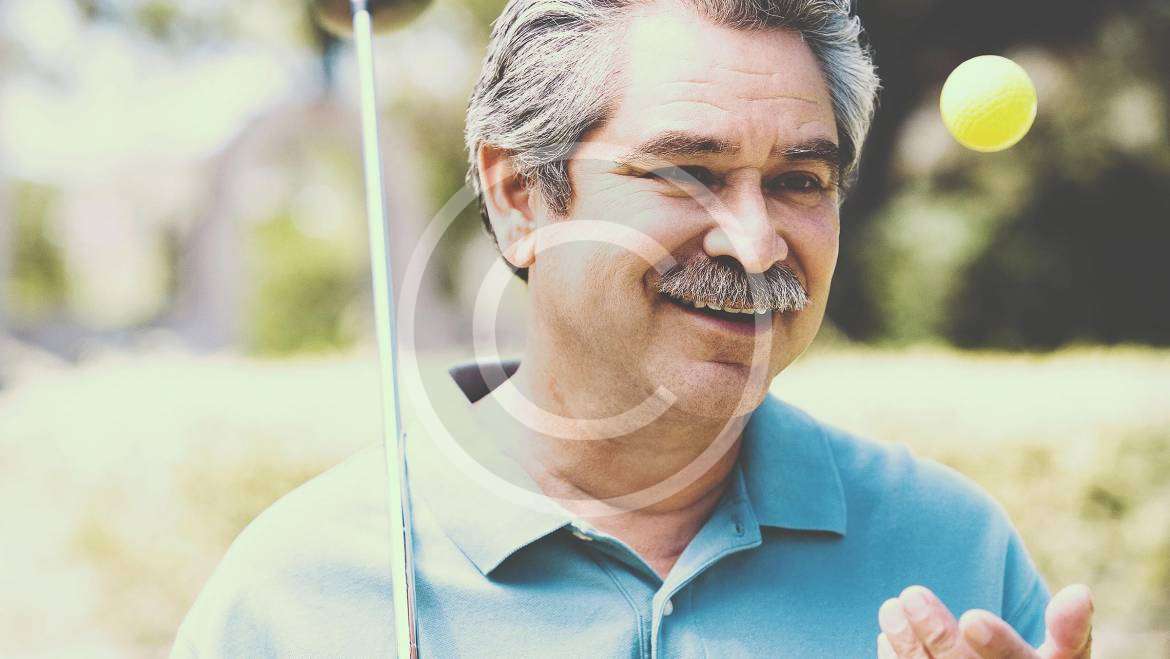 The green vistas of a golf course, whether it’s public or private, are good for your soul and your heart. Playing the game, it turns out, can also extend your life. A team of researchers from the prestigious Karolinska Institute concluded in a study of 300,000 Swedish golfers that playing golf cut their death rate by a huge 40 percent—equivalent to a five-year increase in life expectancy. Here are just a few of the many reasons why it’s a great sport for the mind and body.

“It is hard to dislike a man once you have played a round of golf with him.” — John Updike

A Challenging Walk
An 18-hole course is a serious stroll, so those who walk get the most benefit. An October, 2016 study from a University of Edinburgh team, published in the British Journal of Sports Medicine, found that you might walk four to eight miles–or between 11,000 and nearly 17,000 steps during a game. That’s better than the 10,000-step goal you’ll see as standard on a Fitbit. If you’re already fit, golf won’t count as an aerobic exercise. But if you’ve been spending too much time on the couch, golf is a good way to start moving. You’ll be walking up and down hills, and on sand or pebbly uneven surfaces that will challenge your balance check out casino10.net.

Builds Trust
The game’s undulating journey allows for conversation and fosters trust. That’s why we see political leaders and business titans negotiating on golf courses. You must take turns. The most competitive player in the world still must wait while the other player swings. Everyone runs into trouble, and even for the best golfers the game can be a humbling experience. As you triumph and curse, you bond. “It is hard to dislike a man once you have played a round of golf with him,” the late novelist John Updike commented in Golf Digest. Social connections boost koppels cams health and make life more fun. Just be sure to exercise caution when you celebrate the end of your round at a nearby restaurant. Make sure to stay focused on your health when you order food and drinks.

Keeping ahead of COVID-19

THE GOLF WORLD PRACTICE RANGE & DISCOUNT SHOP has reopened, both the Discount Shop and Practice Range are now open to the public.